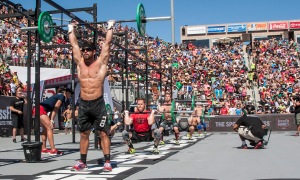 Crossfit is a strength and conditioning program, not to be mistaken with a specialized fitness program. It is a deliberate attempt to optimize physical competence in each of the ten recognized fitness domains ; cardiovascular, respiratory endurance, stamina, strength, flexibility, power, speed, coordination, agility, balance and accuracy. (1.)

The main purpose for the Crossfit athlete is to become the « fittest on earth » as they advertise their own world championships : « The Games ».

The daily Crossfit workout known as WOD (workout of the day) is based on three main disciplines ; gymnastics (pull-ups, rope climbs, handstand push-ups, muscle-up…), mono structural metabolic conditioning (running, jumping rope, rowing…) and weightlifting (olympic and power). You can find one, two or the three disciplines in a WOD. Depending on the day of the program.

Finally, the WOD’s main goal is to accomplish the highest volume of work in the shortest amount of time.

Besides being a training program, Crossfit has grown as a way of life, followed by a community, which even created its own vocabulary, for instance, as I mentioned the term « box » which means : Crossfit gym. Furthermore, Crossfit athletes are known to eat « paleo » or « primal ». But this is another topic which we will talk about later, so stay tuned. 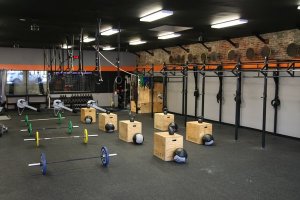 While we were looking for a gym to train during our stay in Orlando, Florida, we accidentally found an olympic weightlifting and Crossfit gym in the area of the hotel at which we were staying. Just before leaving Switzerland we had taken several beginner olympic lifting classes and were pretty interested in continuing our training. So our discovery happened at the perfect time.

Altamonte Crossfit and Sports Performance (ACSP) is owned by Daniel Camargo, president of the Florida Weightlifting Federation, and is the best place to be introduced to the Crossfit world.

Before taking part in any WOD, I dove into the training of olympic weightlifting for two months. The program allowed me to learn proper technique on each lift (snatch, clean and jerk), to become stronger and less snug and to feel safer regarding the weight. I did not put a lot of weight on the bar but it was enough to feel great and enjoy each lift. Olympic lifting is one of the most complete sports because it demands technique, speed, core strength, stability, flexibility and so on, very much like gymnastics that also requires a comprehensive control of one’s body, that is probably why the entire Crossfit concept rests on those two disciplines. 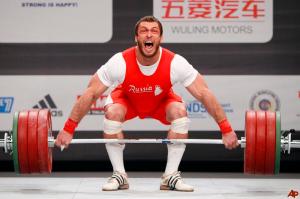 Then I gradually introduced three WODs a week, added to a powerlifting (overhead press, squat, deadlift and bench press) program. It took me 26’25’’ to complete my first WOD, which was ; 1000 meter (1093 yard) of rowing, 400 meter (437 yard) of running and four rounds of 15 pull-ups, 15 box jump and 15 hollow rocks (core strength exercise). There wasn’t any lift, it was a two discipline day.

After a while, I felt like an addict, three WODs per week were not enough, and after several weeks I trained Crossfit from monday through friday. During and at the end of each WOD, I felt so alive and energized, my heart jumped all the way within my rib cage, a bit like the first time you fall in love. But an athletic background and a gradual introduction is useful or even obligatory. Progression is always important in any kind of 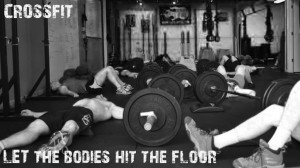 sport but find its full meaning when it comes to such a complete and hard physical activity. Pushing the body beyond its limits could be a risk factor for rhabdomyolysis (breakdown of muscle cell contents that results in the release of muscle fiber content into the bloodstream (1.)). In short, progression and consistency are the main principles when it comes to moving your body. So enjoy your body with what it can offer and you could be surprised how far it can take you.

2 thoughts on “My five month experience in a Crossfit box”